Hubby dear also indulges in cooking sometimes. He being the only child helped his mother in the kitchen sometimes. Drawing inspiration from his mother’s cooking he created the slow cooked pork curry. Don’t be discouraged by his generous use of spices, cause at the end, the pork curry turns out fairly mild in taste. It has just the right amount of pungency and sourness. The health benefits of garlic and the spices used are also well known. Certified that you will like this preparation as it has passed the litmus test. Certified by our toddlers!

Step 1:     Wash, drain and cut the pork into small pieces as shown in the picture. Marinate the pork with the salt, turmeric and vinegar in the vessel that you want to prepare it and keep aside for at least 30 minutes. Chop the garlic cloves into halves.

Step 2:     Use a mortar and pestle and pound the cumin seeds coarsely till you can smell its aroma. Remove from the mortar and keep aside. Do the same for the cinnamon, cloves, black peppercorns one at a time. Next pound the ginger to a paste. Keep each spice/herb aside separately.

Step 4:     Meanwhile soak the tamarind balls in two separate bowls with 300 ml. of hot water each.

Step 7:     Take the second bowl of tamarind, mash and strain it to the meat in the vessel. Add the chilly powder, mix and continue cooking covered for another 10 to 20 minutes. At the end check if the meat is cooked to your liking (cooking time depends on the cut of meat). 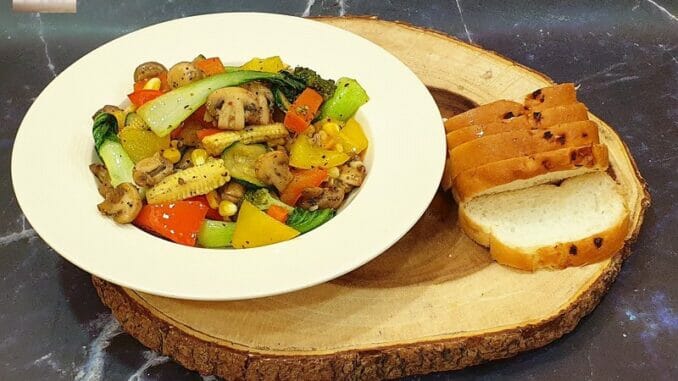 The Restaurant Style Mushroom Vegetable Stir Fry is a quick recipe using some exotic vegetables. It tastes exactly the way it would at a premium restaurant. It can be served […] 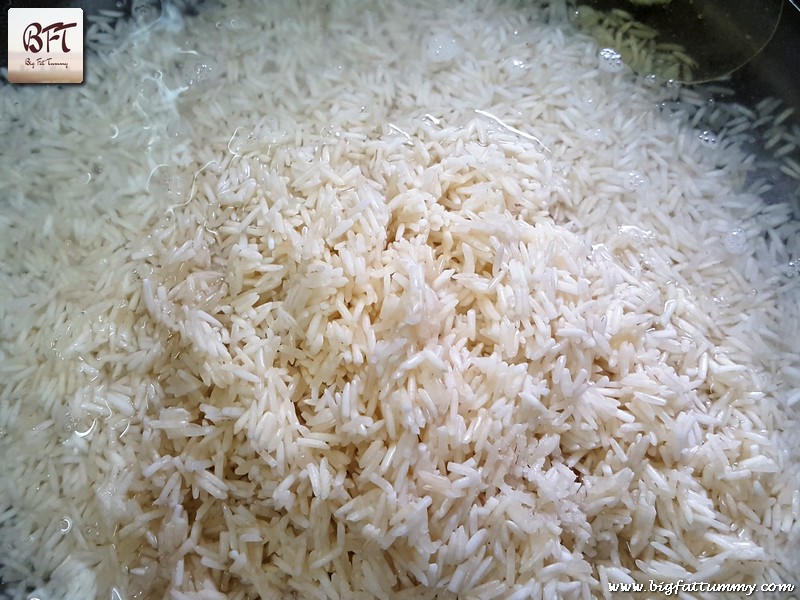 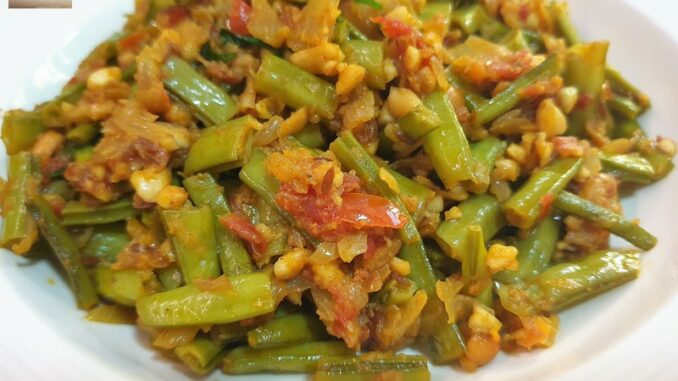 Cluster Bean Peanut Bhaji is a dry preparation of the vegetable locally called tidki-midki / gavar. The cluster beans have a bitter-sweet flavour and are a good combination with some […] 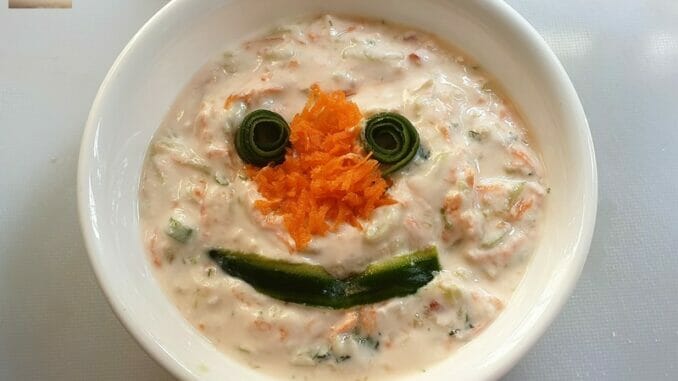 Be it a biryani, a pulao, a masala bhat or a tawa rice, the Cucumber Carrot Raita it the best accompaniment.  It gives these dishes the element of acidity necessary […] 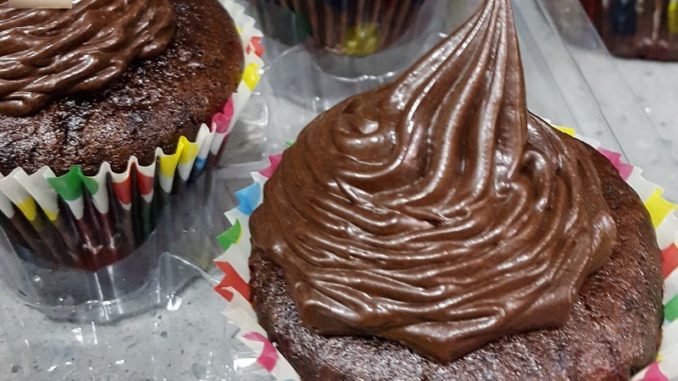 The whipped chocolate ganache is used for frosting cakes cakes and muffins. It has a rich chocolate taste but has a mousse like texture. The recipe below is sufficient to […] 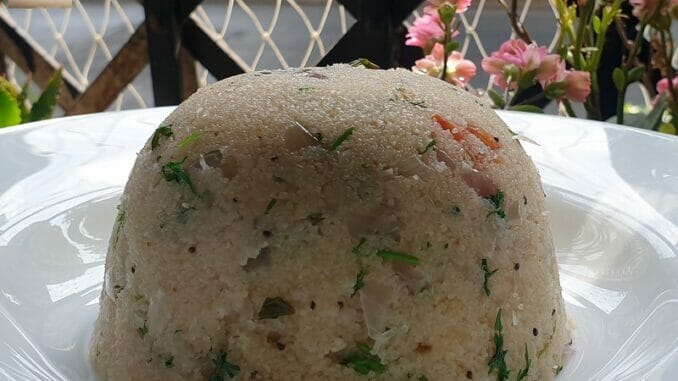 Another healthy breakfast from India, the Rawa Upma also called Upit in the West of India, is a savory version of the Tea Time Sheera (click here) and the Pineapple […]

The bolinhas – GOan Coconut Cookie are a semolina-coconut cookie which are available all over Goa and are a favourite tea time snack. The bolinha is also a must in […] 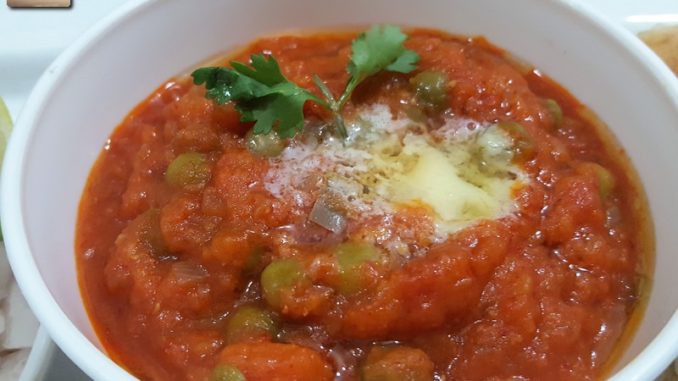 My mother makes a very good pao bhaji from scratch. This is her recipe and it does not use any commercially available masalas. Pao Bhaji is more popular with mashed […] 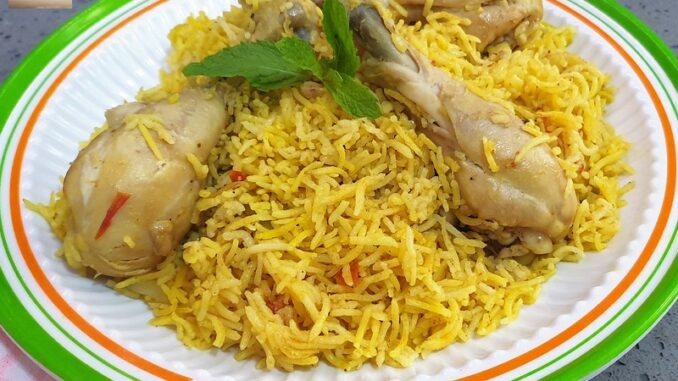 The Easy Chicken Pulao, just like any pulao, is a one pot meal. We love our pulaos. They are less time consuming and delicious. Though a pulao needs no accompaniment, […] 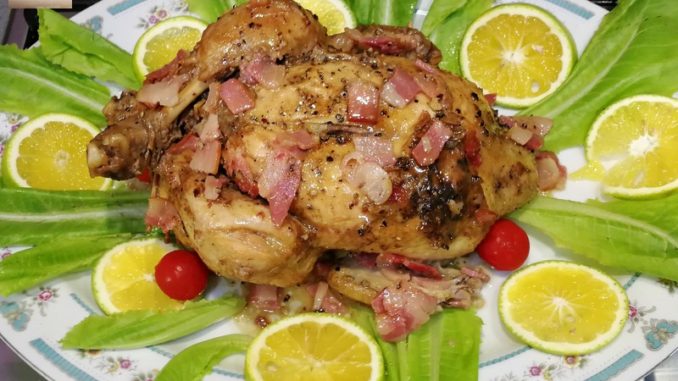 The Cold Meat Stuffed Chicken is perfect to serve on special occasions. It provides ornamental value to your buffet table and it tastes just yum. If you have leftovers (I bet […] 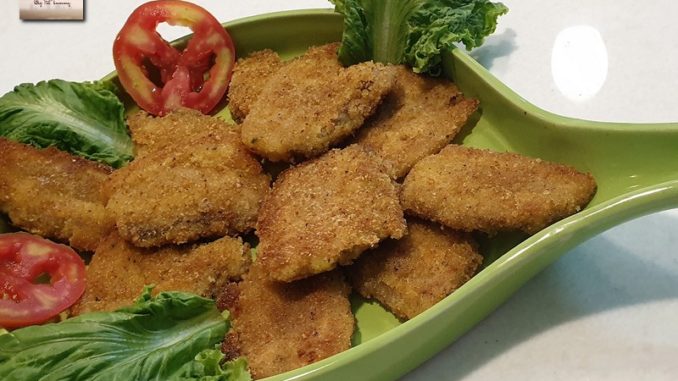 I have this diary that I’ve kept ever since I was a teenager. It contains notes and scribblings or recipes or cooking tips that I’ve come across all these years. […] 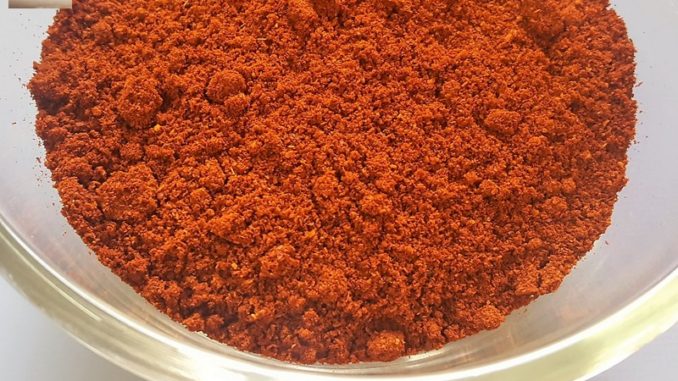 I know of two people whose xacuti masala turned out just right. One was my dad and the other Aunt Aida (Terezinha) . Both of them handpicked the spices without […] 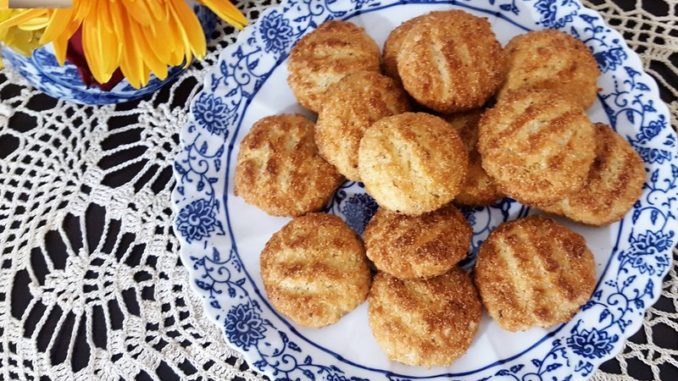 Bolinha is a coconut-semolina cookie that is enjoyed as a tea time snack in Goa. These are also prepared during Christmas to be a part of the kuswad (sweet platter) […] 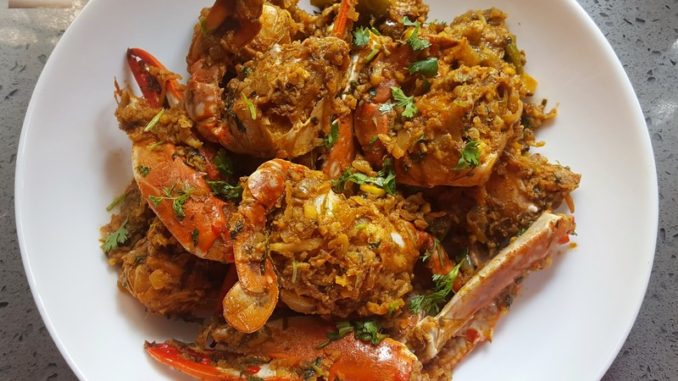 Crab Masala Sukkem is a mildly spiced and tangy dry preparation of crabs. The dish also has some sweetness because of the use of coconut. The crab masala sukkem is […] 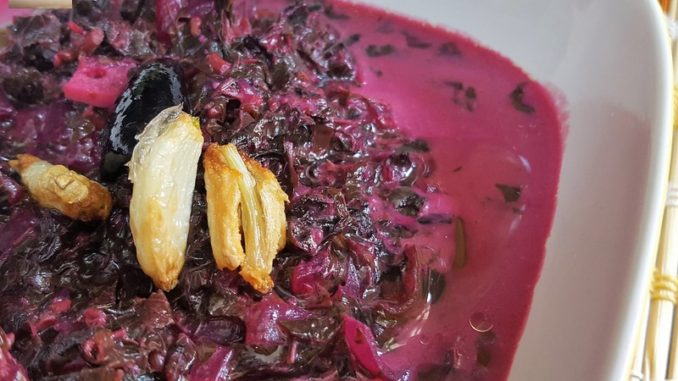 Leafy vegetables are mostly cooked dry or as a semi gravy. I decided to make Red Amaranth with coconut milk and I’ve named the creation Tamdi Patol Bhaji. It is […] 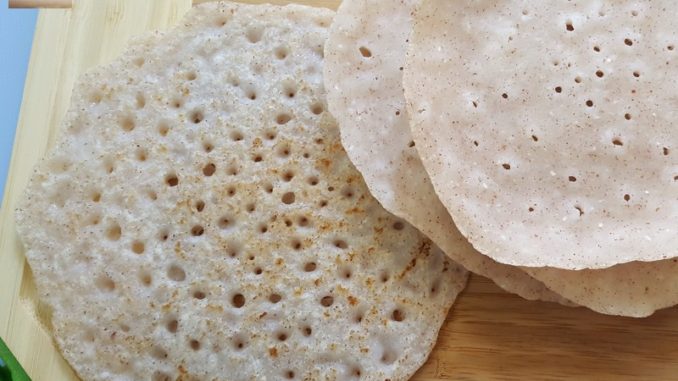 Koiloreos (Koiloleos / Coiloreos) are an unleavened Goan bread made with rice and coconut. They have a mildly sweet and savoury taste and are served at breakfast or at tea […] 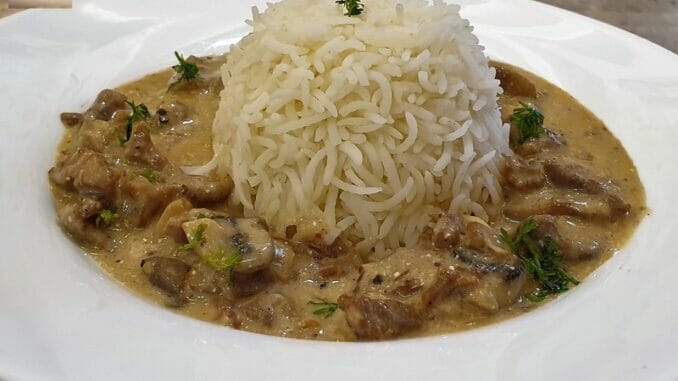 Beef Stroganoff is a dish of Russian Origin and one of the popular international dishes in India. It is basically fried beef strips with mushroom which is cooked in sauce […] 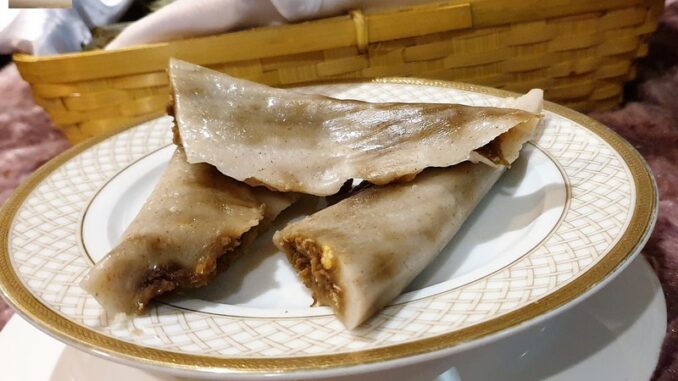 Patoleo / Pattoyo V.1. is the traditional version of the Goan sweet rice dumpling which is made with whole rice which is soaked and ground and stuffed with a Coconut-Palm […] 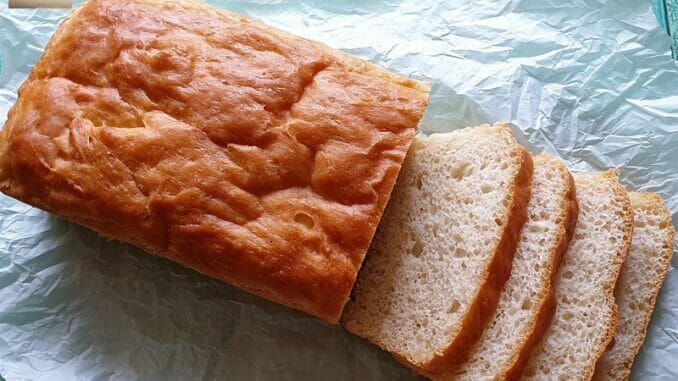 Bread Loaf – No Knead is as the name suggests a recipe for Bread Loaf which needs absolutely no kneading. You just have to mix the very few ingredients together […] 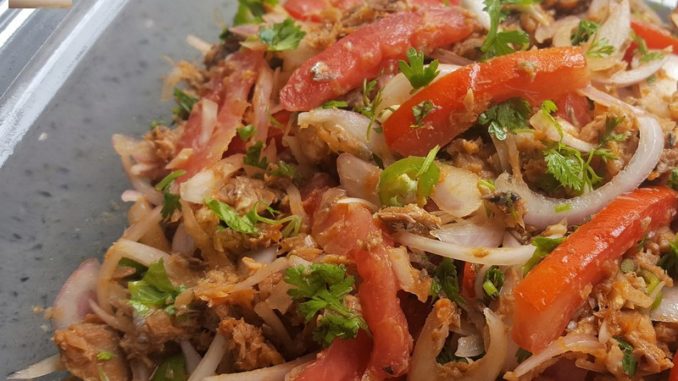 The Goan mackerel salad is an easy to make salad commonly served at a family get-together or at lunch/dinner. You can use canned mackerels (in brine/oil/tomato) or you can use […] 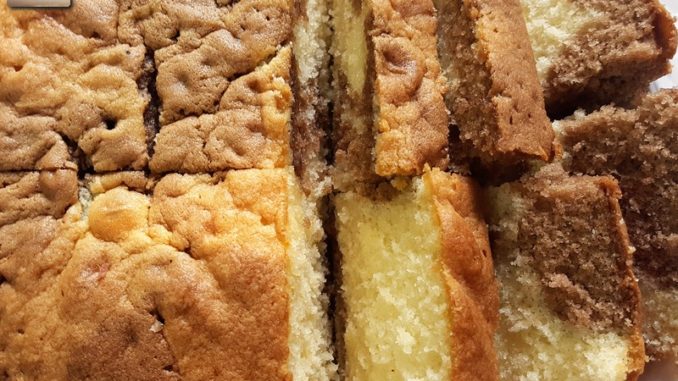 My sisterly neighbour, Caroline Cabral, once shared a piece of cake that she had made. I enjoyed the soft and light texture of the cake and just had to learn […] 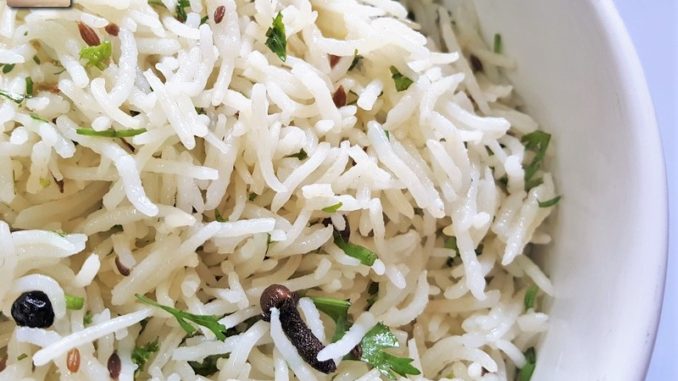 Jeera Rice goes well with all vegetarian Indian Punjabi gravies. I have added corriander which makes it more aromatic and tasty and therefore can also be eaten by itself. You […]